The area destined for coffee cultivation totals 2.23 million hectares, representing an increase of 1.7% over the previous cycle

The area destined for coffee cultivation totals 2.23 million hectares, representing an increase of 1.7% over the previous cycle 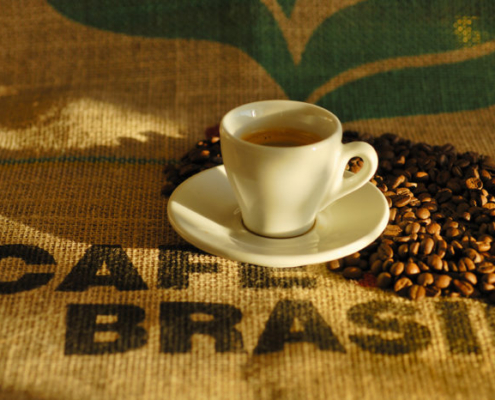 Coffee producers are expected to harvest the third largest crop of the bean this year. According to the first survey of the product’s harvest in 2022, released this Tuesday (18) by the National Supply Company (Conab), the expected production is 55.7 million 60-kilogram bags. The estimate, if confirmed, represents an increase of 16.8% compared to 2021 – an increase was already expected due to the previous season being a negative biennial for culture. The result is just no better than the performances recorded in 2020 and 2018, the last two positive biennial crops.

The drop in production this year, when compared to 2020, is a reflection of adverse weather conditions recorded mainly between the months of July and August in 2021. The drought and frosts that occurred with greater intensity in the states of Minas Gerais, São Paulo and Paraná, impacted the physiological conditions of coffee plantations.

As a result, yields, especially of the Arabica species, should not show their full productive potential. Even so, production for this coffee variety should be increased by 23.4% compared to the previous harvest, estimated at 38.7 million bags.

As for conilon, the expectation is for a new record with the harvest being able to reach close to 17 million bags. The 4.1% increase in relation to the previous harvest combines an estimated 3% increase in planted area, from 375.2 thousand hectares to 389.1 thousand hectares, and a slight improvement in productivity of 0.4%, leaving from 43.4 bags harvested per cultivated hectare to 43.6 sc/ha.

Area
The area destined for coffee growing, when considering the two varieties, totals 2.23 million hectares, representing an increase of 1.7% over the previous cycle.

Considering only crops in production, the index is close to stability and adds up to 1.824 million hectares, compared to the previous period. On the other hand, the formation area should have an increase of 6.4%, reaching 416.7 thousand hectares. If we compare it with 2020, the last year of positive biennials, the growth for areas that do not register production reaches 50%.

“This high increase in the area under formation shows the effects of adverse weather conditions recorded last year. The drought and low temperatures required more intense pruning management, leading to a significant area of ​​coffee for production only in the 2023 or 2024 harvest.”, emphasizes the Company’s director of Agricultural Policy and Information, Sergio De Zen.

Marketplace
The scenario at the beginning of the year is one of restriction in the supply of coffee in the domestic market, influenced by the reduction in production in 2021, heated export demand and the off-season period.

Even with the highest estimated production in the country in 2022, the tendency is for product prices to remain under pressure, since a reduction in world coffee stocks is expected for the 2021/22 cycle. This scenario of high prices stimulates foreign sales.

In 2021 alone, Brazil exported around 42.4 million 60-kilogram bags of green coffee, which represents a decrease of 3.3% in relation to the volume exported in the previous year, but an increase in revenue of 15.3 %, reaching US$ 6.4 billion.

It is worth remembering that in 2020 the country recorded record sales to the foreign market, favored that year by the highest production ever recorded in Brazil. In addition, even with the reduction recorded in shipments between 2020 and 2021, the amount exported last year is 14.3% greater than the average export of the previous five years.